While on vacation in New Hampshire this year, we did a hike along Snyder Brook to see some waterfalls. The trail starts along Rt. 2 a little west of Gorham. At the start it crosses the old B&M line to from Whitefield to Gorham that has since been converted to a rail trail. The hike was nice and the woods were cool with the tree cover and rushing stream nearby. As enjoyable as the hike was, I found something at the end of the hike that I really was glad to finally find. 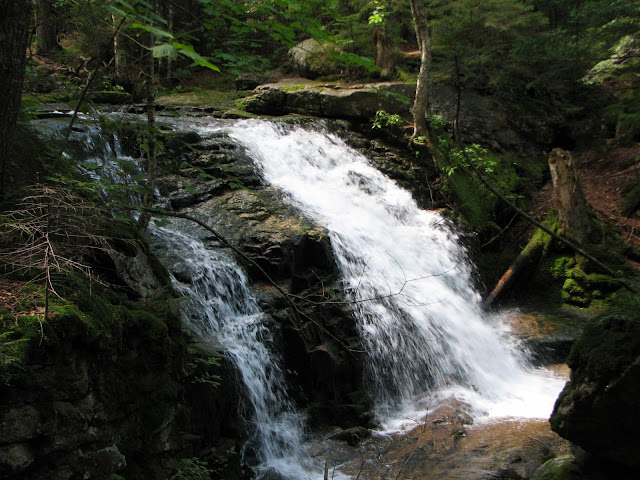 As we came to the end of the trail, it was tough to find the exact way back to complete the loop. Following along the river we found a little trail that led back to the old rail bed. Once on the rail bed we turned left and I could not believe what I had found. 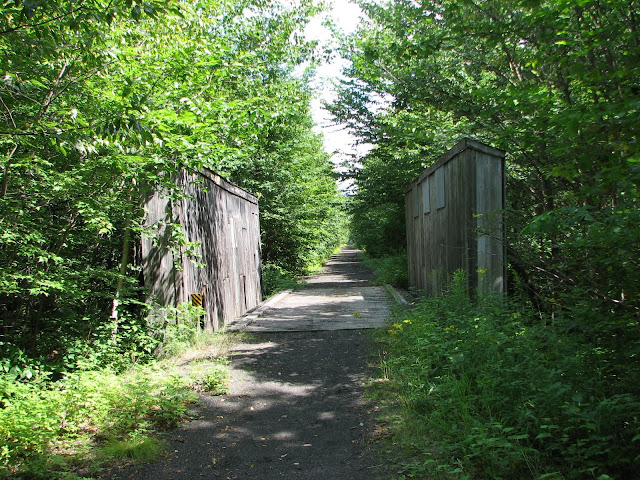 This is a railroad bridge I first read about in Model Railroader in August 1993. I was never able to figure out where it was exactly along Rt. 2 even when looking while driving. Although not far from the road, it is almost impossible to see through the foliage. But I did actually start building a model from the article, which included drawings and scratchbuilding instructions. I never quite finished it and it has been sitting in a box, partially constructed for about 10 years. 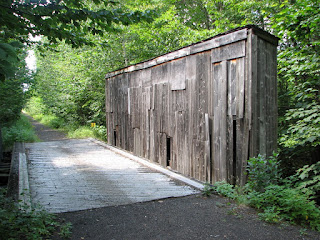 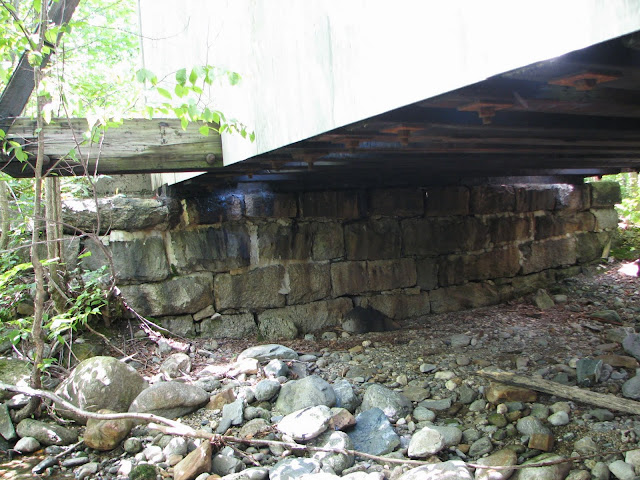 It was neat to finally find this bridge. Now it has inspired me to get that model finished and get it into the B&M portion of my layout. That is where benchwork is currently going in what I refer to as my third phase area. Here is where my construction of the model stopped: 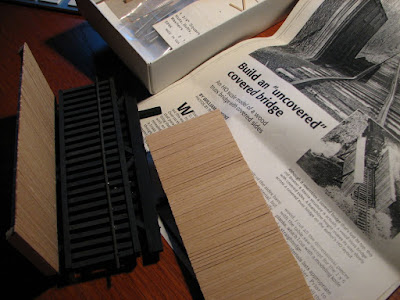 Posted by Mike McNamara at 7:21 PM No comments: