I am in the process of assembling a FOS Scale liquor store kit. It will be destined for my Woodstown Jct. Free-mo module as it is a little too modern sign-wise for my 1980 layout. It is a pretty nice little kit and I'll post some more photos and thoughts when it is completed. But I wanted to mention the roof. Here is a picture of it before adding a sign and chimney:

In the kit the roofing material was simply a piece of white paper with some scribed lines. Nothing really good about it to be truthful. The instructions mentioned painting it black and gray, and that's it. Hmmm...I've done the black roof and it always seemed too black to me, even if I weathered it with some chalks.

So I decided to experiment. I lightly sprayed the roof paper on the back (non-lined) side with gray primer from a spray can. After drying I had a uniform gray roofing material. Too uniform though. So next I took flat black spray in a can and misted that over the gray. Just far enough to not fully coat it. A few larger drops of black appeared here and there, so I misted more gray over the black to blend it together. The results were just what I wanted. A black roof that has been subject to a quite bit of sun which caused fading. I did not even need to do any additional weathering with chalks or paint.

I cut the sheet on the scribed lines (now on the unpainted side) and used transfer tape to apply to the roof. Any bad areas that had a paint drop that did not look good I worked around. Plenty of material to discard sections. I really think the look is good, better than most of the roofs I have done. I do like a few of the dark and light spots that appear that look like stains. The effect is real nice in person.

I'm glad I was able to turn a pretty mundane material into a nice looking roof for this building. A few more details and this one will be done.
Posted by Mike McNamara at 3:00 PM No comments: 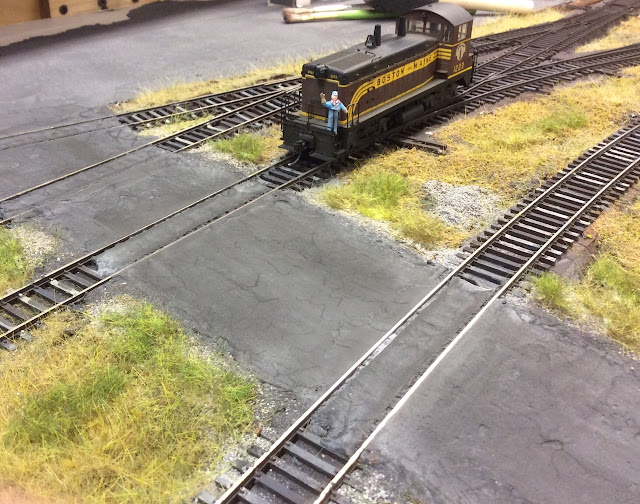 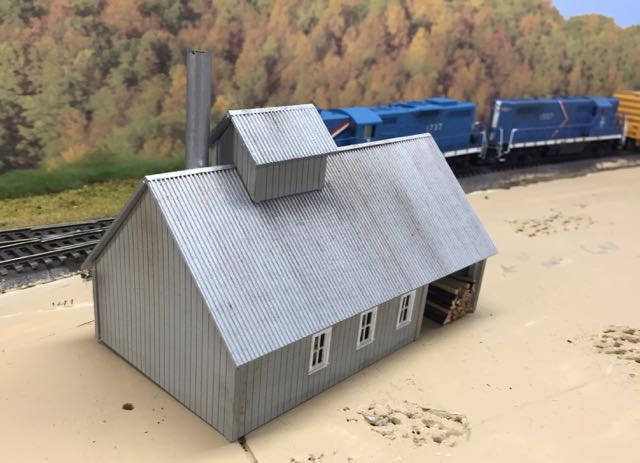 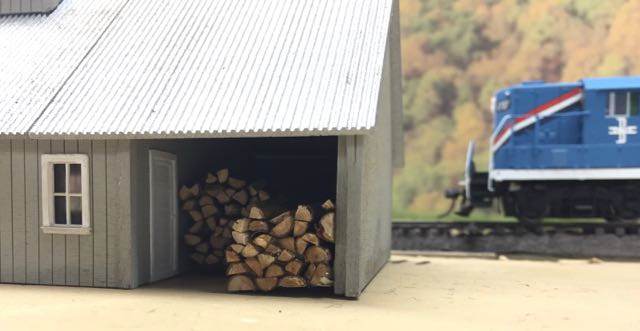 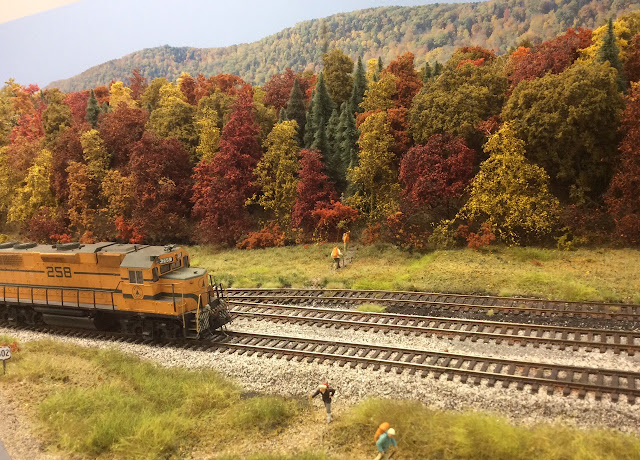